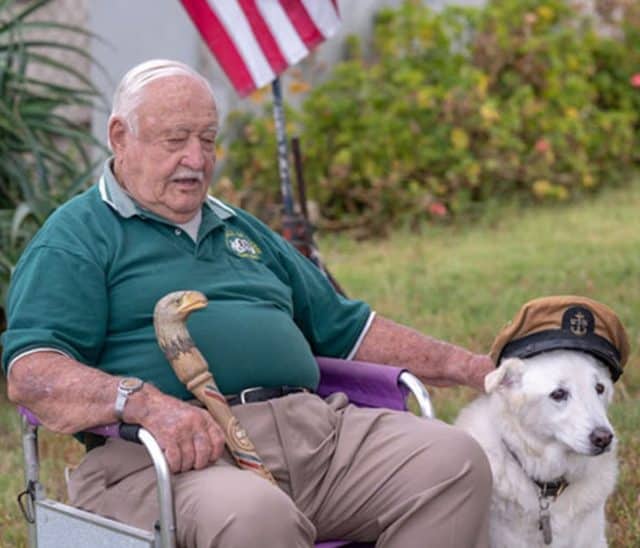 I bet a lot of people want to spend their senior year with a companion. We all know those last few years of our life can be lonely and someone you can talk to can help you go through each day. May it be the love of your life, your kid, your pet or even a fellow retiree, we all want to have that someone we could spend a peaceful life with. And that is what George Johnson, a veteran, was looking for.

George served in the Navy and was deployed to Korea, Vietnam, and was part of WWII. When he was in service, he has received numerous medals and commendations. He spent his senior years in his hometown together with his white German Shepherd named Velabit. They lived happily together until Velabit had to say goodbye and George was left alone. 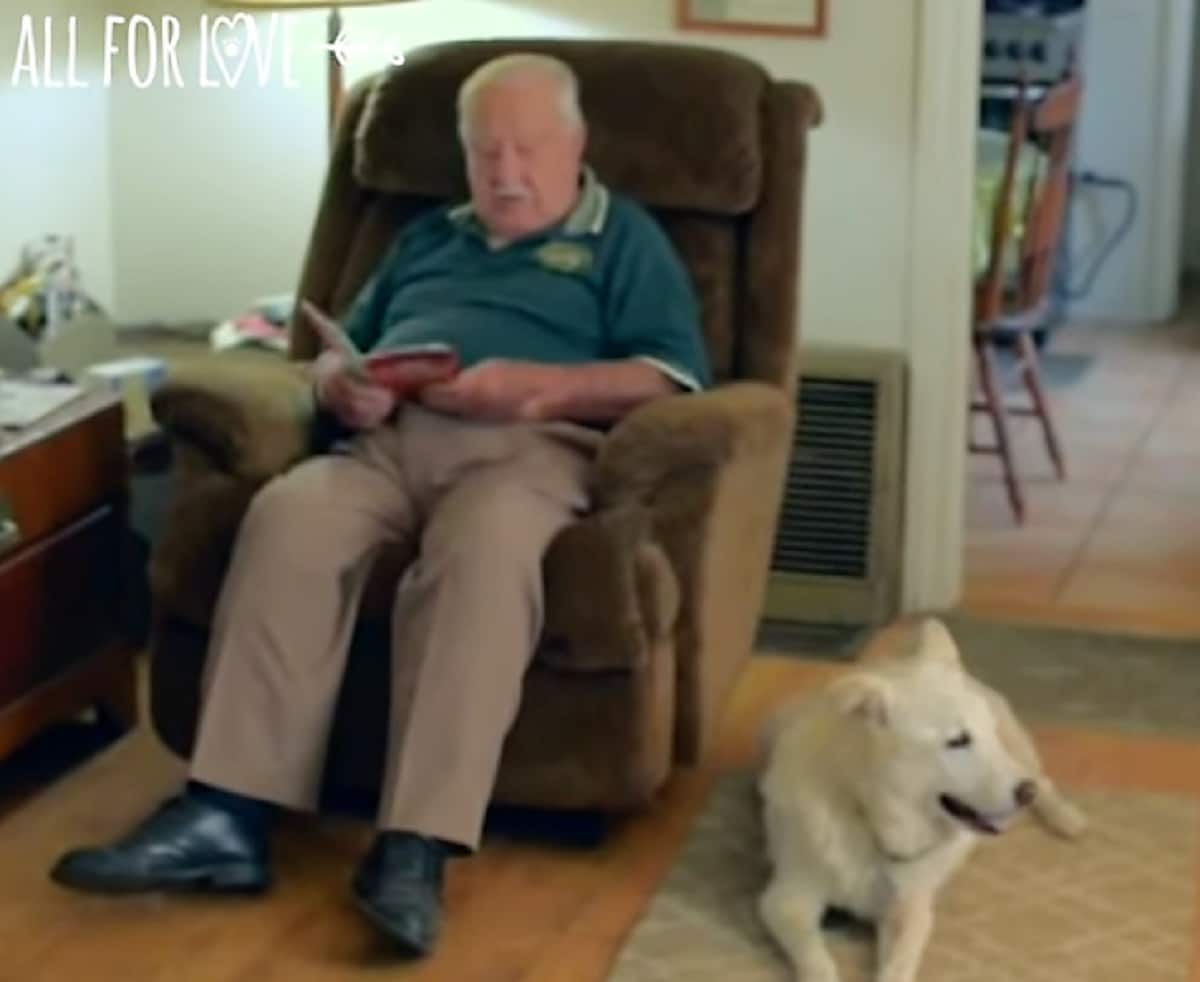 George knew he needed a companion. So, he called up the German Shepherd Rescue of Orange County hoping he could find a new buddy. George specifically asked for an older dog, for he knows he is too old for an energetic pup. He was able to speak with Maria Dales from the organization, who informed him they didn?t have any as of the moment but would keep him posted if they found one.

A few days have passed, and Maria came across a dog named Sam. Sam had been brought to a shelter for his owner was deployed to join the Navy. Due to his age, the shelter decided to euthanize him for they find it unlikely that someone will adopt him. 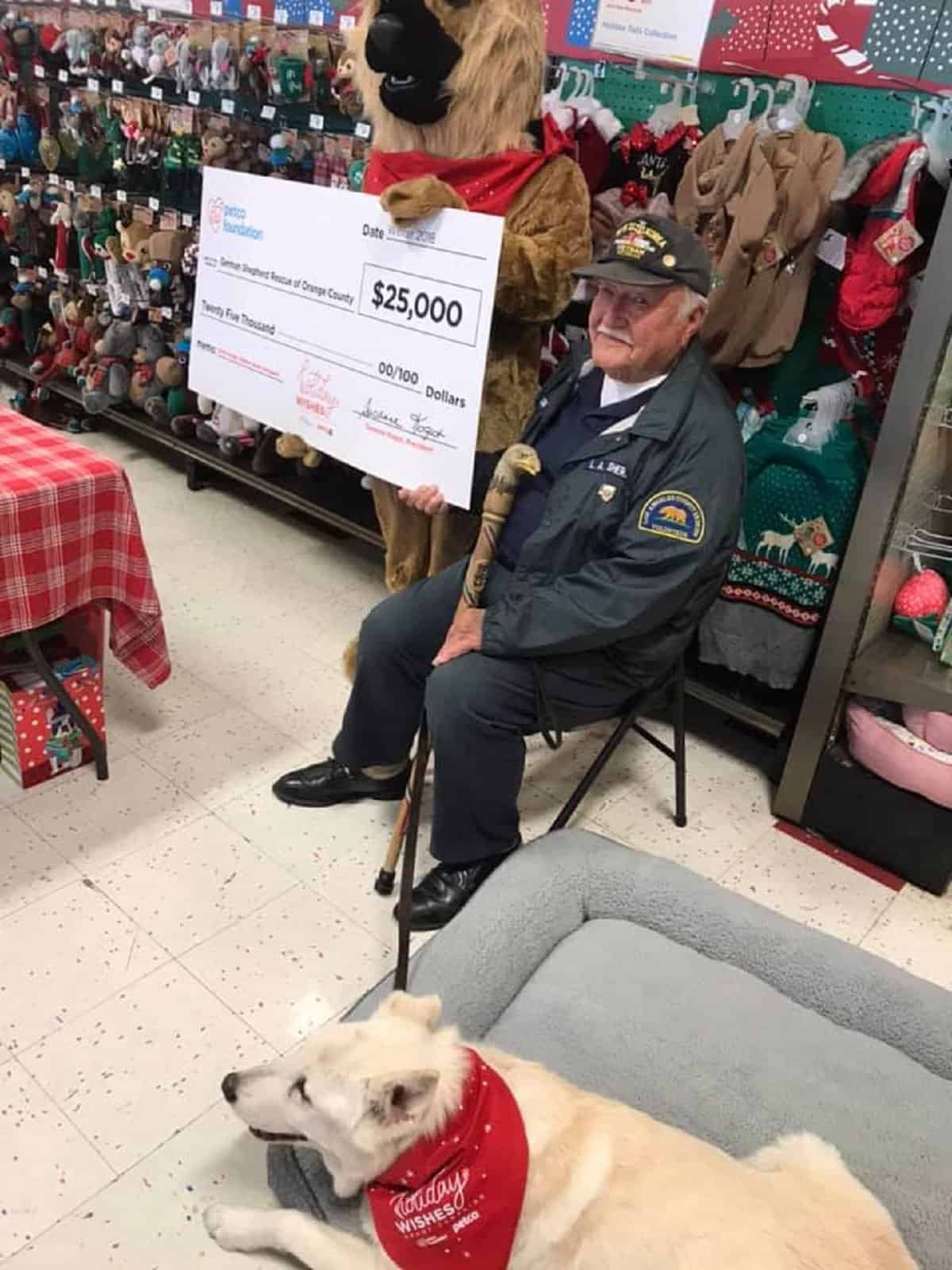 Maria contacted George right away and gave him the news. George gladly agreed to take Sam in and said he?d be happy to take care of him. Maria sent a volunteer to Arizona to pick up Sam and bring him to his new home in Downey. And when George saw him, it was like love at first sight.

George might be in his senior years, but age didn?t hinder him from helping a senior dog. A lot of people were touched by their story that an organization even gave a $25,000 grant to the organization that brought them together. Their story shows that it is never late to help or save someone.