A video that was shared on Facebook by Asociacion Animalista Libera, a Spanish association whose works are on animal welfare, showed a dog tied to a tree being saved by cyclists. The video instantly became viral after it was posted. The dog?s makeshift leash was tied too short to the tree literally holding the dog?s neck close to the tree.

They stated that to abandon the defenseless animal in such a state, one must be a very horrible person, not even allowing the dog to be in a comfortable position. 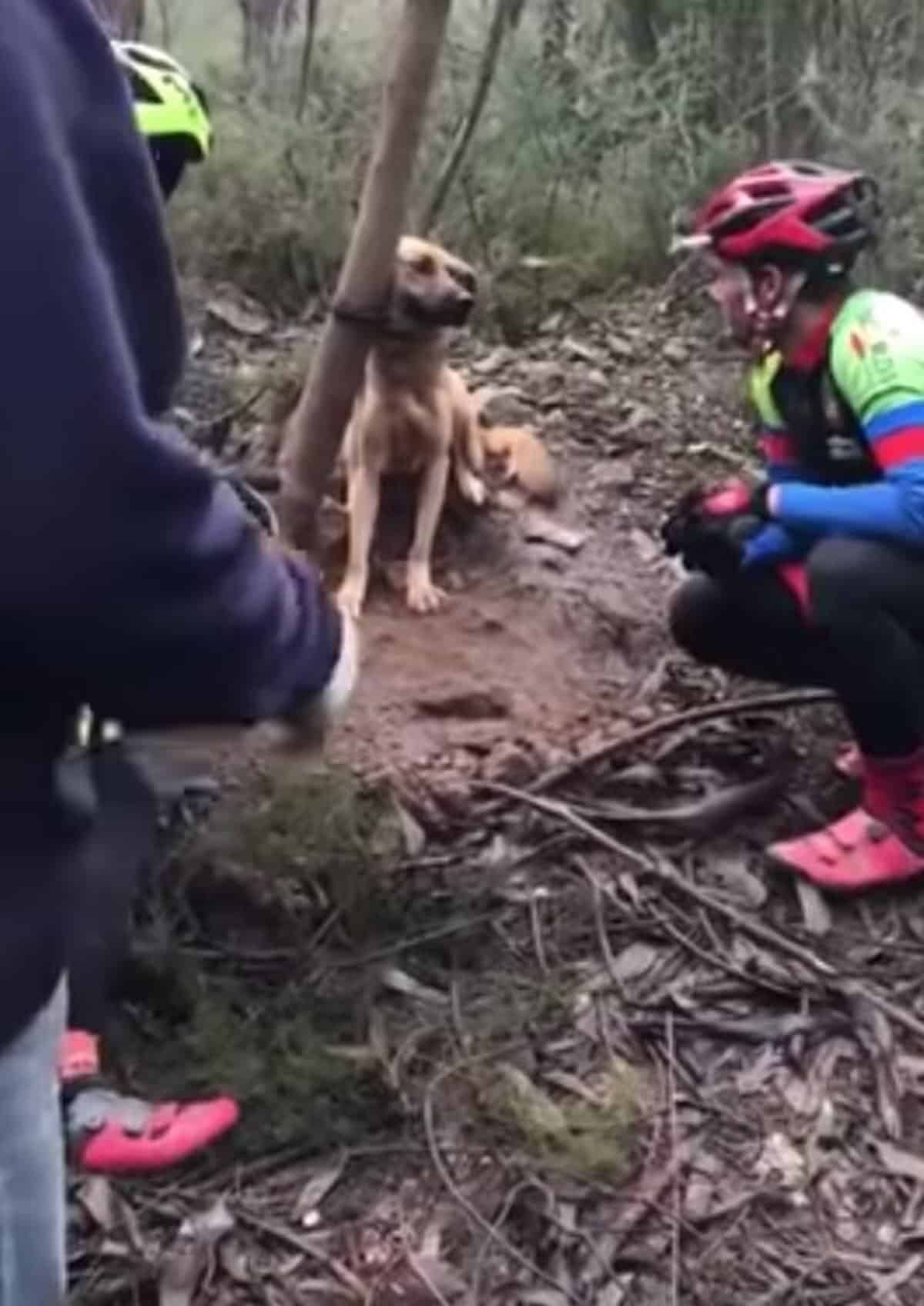 Being left in such a condition, the dog was obviously stressed out and was very afraid. She had endured the same position for quite some time. She had become weary and tired seeing how tightly she was bound to the tree. So, to gain her trust, the cyclists gave her food. 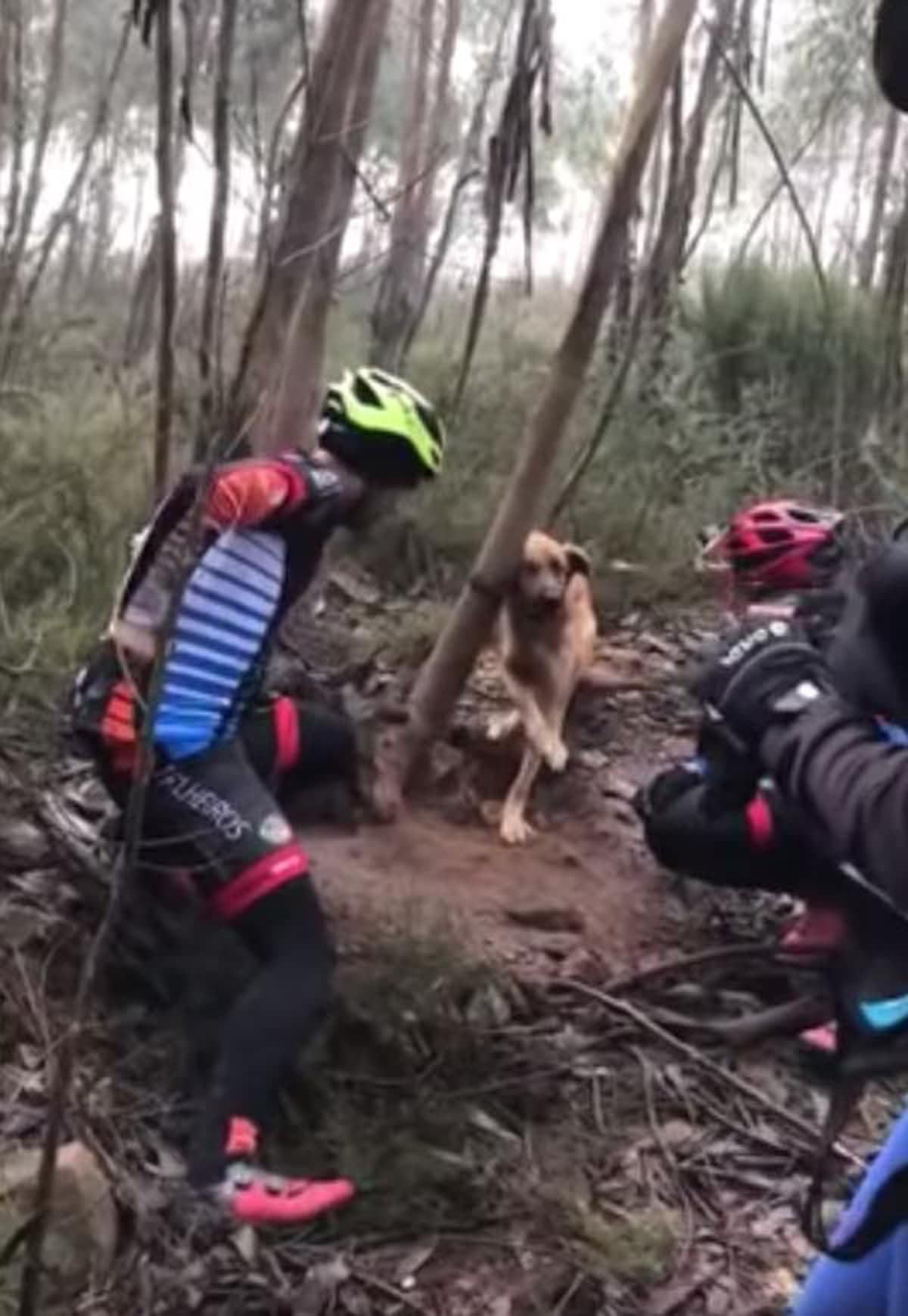 The dog was very much underfed, not getting food for quite a time. She was also so thin that her ribs were showing. 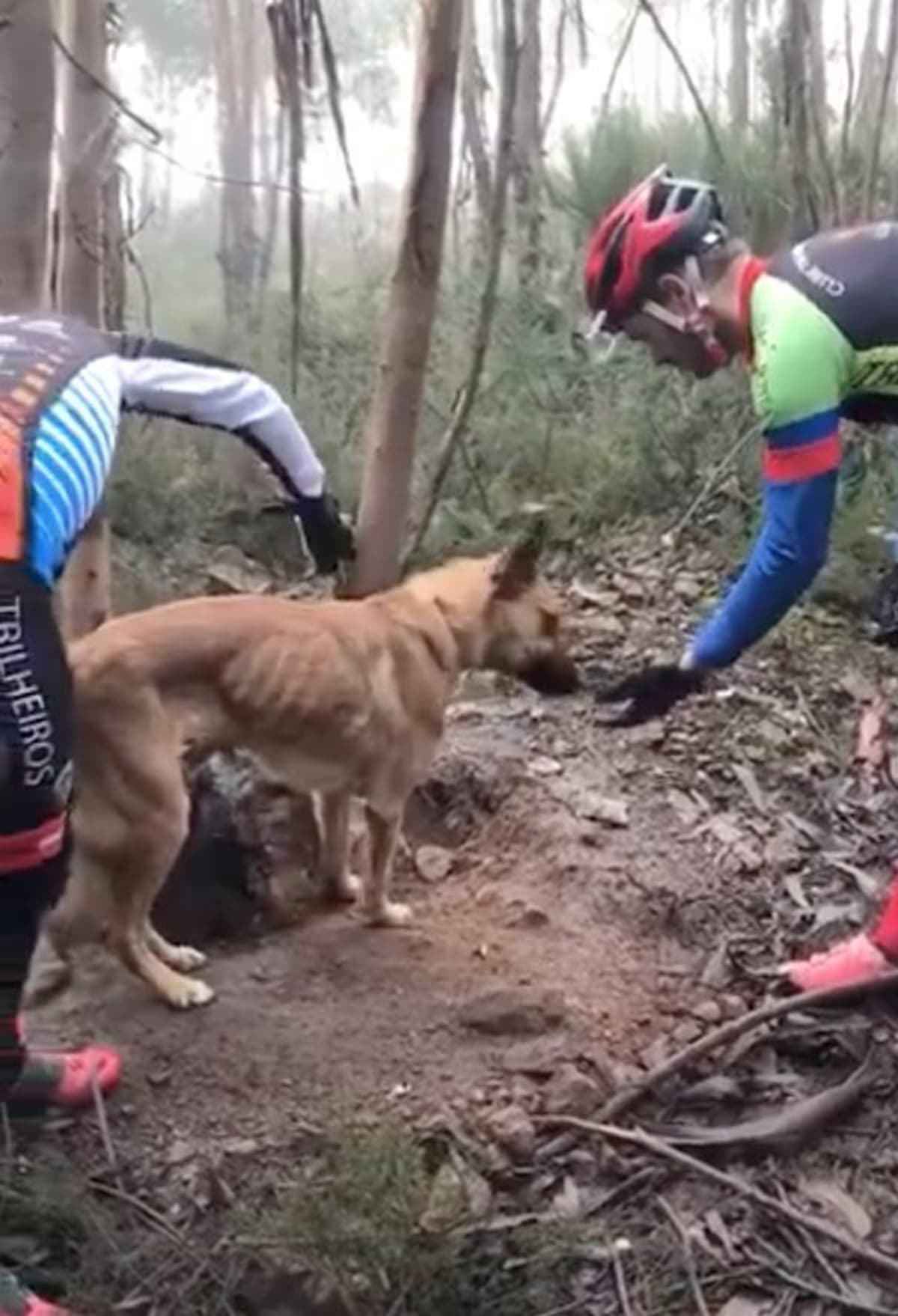 All of the cyclists who went to help the dog practiced caution to avoid being bitten. They continued feeding her to keep her busy. As she eats, one of them started to cut the rope tied around the dog?s neck to set her free.

The dog was truly lucky that the cyclists? group found her and that they eventually decided on rescuing her. The Asociacion Animalista Libera was thankful that they did so.

The video was, to say, not thorough on the details regarding what had happened to the dog after she was rescued. Thankfully, one Uriel Salem Fernandez took the time to learn was has become of the dog and where the dog is now which he revealed on his comment on the video.

According to him, after searching for the rescued pup extensively, Uriel was able to take a hold of one of the cyclists. From him, Uriel found out that the dog is currently with Valongo?s volunteer firefighters. The dog will be staying with for the meantime and, just in case if they won?t be able to keep her, many people have already expressed their interest in adopting the dog.

All in all, it was great news for the dog that is now just waiting for them to find her a forever home.