Home Dog Stories Angel The Dog Is Literally An Angel Who Saved This Boy From... 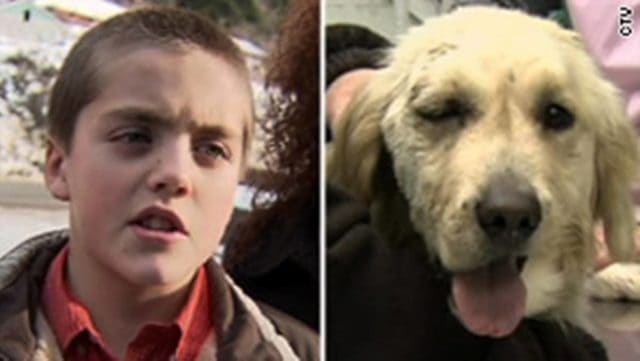 In Boston Bar, British Columbia, about 130 miles North of Vancouver, a boy who was peacefully collecting wood from his family?s backyard was almost attacked by a dangerous wild cat if it wasn?t for the help of his dog. An 11-year-old Austin Forman was beyond thankful when his dog, Angel, jumped between him and the cougar who was seconds away from attacking him.

At first, he thought that it?s just another dog that?s lurking around their neighborhood and just happened to come across their backyard but when it got closer, he knew that it was a cougar. Angel, on the other hand, knew something was up so she was alert when the cougar started charging at her owner. Everything happened so fast, Austin just found the cougar and his beloved pet having a physical battle.

Austin got a chance to get inside his house when Angel charged on the cougar. The two aggressive animals fought under the stairs for nearly twenty minutes as Austin?s mother call for the police. The police handled the cougar immediately before it could harm the others while the family took care of the injured Angel.

At first, they thought that Angel was dead since they just saw the cougar chomping on her neck and was not moving afterward but Angel survived. She is clearly alive despite having a swollen eye and puncture wounds through her head, neck, and legs from the battle with the cougar.

Austin?s mother, Sherri Forman, was very thankful for Angel?s bravery and said that it would have been a different story if it wasn?t for Angel. She also added that if Angel wasn?t there, the cougar would have had her son and the others.

Austin said that she is more than a best friend, she is also a guardian angel. Angel has brought the best help and sacrifice she could give to her family. She was without a doubt named Angel for a reason. 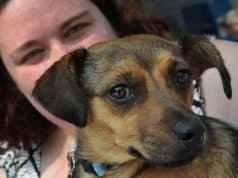